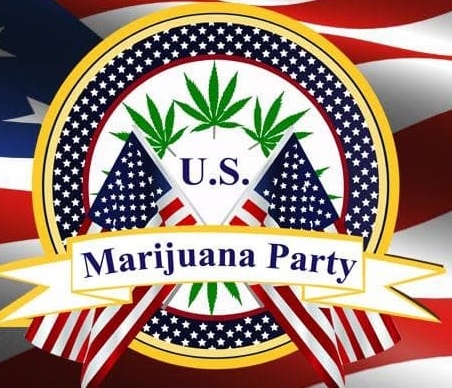 The Legalization of Marijuana in the US: What the Future Holds.

Cannabis prohibition in the United States has lasted for nearly a century, but the effort to legalize the drug is gaining steam and prohibition’s end could be just around the corner. Legalization could have a wide range of implications for everyone from the average American citizen to the incarcerated and veterans who deal with chronic pain.

Just since 2012, 11 states and Washington D.C. have made recreational cannabis legal with medical use legal in 33 other states. States like New Jersey, New York, Arizona, Florida, Kentucky, and Ohio could potentially be the next states to make recreational use legal either through ballot initiatives or state legislatures, though nothing is guaranteed.

Even in states where cannabis is already legal, the effects of federal prohibition are still present. For example, cannabis dispensaries operate as cash-only businesses because major banks won’t touch the cannabis industry out of fear of federal drug charges. This makes getting loans and paying taxes more difficult and puts dispensary owners forced to carry large sums of cash in a vulnerable position.

WHERE CAN I BUY CANNABIS ONLINE USA?

On the federal level, the House of Representatives may pass legislation to legalize cannabis in the new session of Congress, but even so, a Republican-controlled Senate isn’t likely to send any such legislation to President Donald Trump who up to now, has left cannabis legalization to the states. Under federal law, marijuana remains a Schedule II drug alongside drugs like heroin, methamphetamine, and LSD.

Despite the clear obstacles legalization faces in the federal government, Democratic Representative and former Governor of Florida Charlie Crist spoke optimistically about the possibility and said legalizing cannabis is “absolutely” a priority for House leadership and is “well on it’s way down the field” at a briefing on Capitol Hill with cannabis advocates on September 10.

“It’s a bipartisan issue because it affects so many people and it doesn’t discriminate base on party…Matt Gaetz from my state is a pretty conservative guy, but he’s with us on this issue…I’m quite optimistic that we’ll be able to get these pieces of legislation to move down the field faster than you might be able to do so just a few years ago.”

The Marijuana Justice Act, introduced by Senator Cory Booker in the Senate and Representative Barbara Lee in the House, would not only legalize cannabis nationwide but also expunge the criminal records of people that incarcerate for cannabis use or possession.

“It’s not enough to simply decriminalize marijuana,” Booker said in a press release following the bill’s introduction. “We must also repair the damage caused by reinvesting in those communities that have been most harmed by the war on drugs. And we must expunge the records of those who have served their time. The end we seek is not just legalization, it’s justice.”

For many veterans who return from duty with chronic pain, cannabis is a potential alternative to other drugs like Motrin or opiates which can be dangerous and highly addictive. In 2014, a study from the Journal of the American Medical Association found Medical cannabis laws to be associated with “significantly lower” state-level opioid overdose mortality rates.

“Because so many veterans rely on government healthcare, the first step is always pills,” Veteran and Co-Founder of Veterans Cannabis Coalition Eric Goepel told The Globe Post. “Congress keeps talking about the need for an alternative pain drug. I’m looking at them saying ‘Hey the National Academy of Sciences just published a review of 10,000 cannabis studies that says there’s strong and conclusive evidence that THC is indicated for pain.’”

If military members are dishonorably discharged for using cannabis (or any reason), they can lose their access to Veteran Affairs (VA) benefits and VA doctors are prohibited from prescribing medical cannabis to their patients.

“Veterans are penalized uniquely because if you’re a veteran, and you move to a state like California, you’re still penalized by virtue of being a veteran if you get your care through the VA because you can’t get your insurance to pay for [medical cannabis] and you can’t talk to your doctor about it as part of your care plan,” VA Commissioner Margo Ellis told The Globe Post.

Ellis also said she is concerned the VA may lose doctors in California due to recreational cannabis.

“They’re starting to do more pee tests in California and if you’re a doctor who’s following all the rules but you have pain and you manage it with cannabis, and you fail a whiz quiz, we could lose a doctor.”

Not only is legalization catching on in the U.S., but Canada recently legalized cannabis and Mexico is poised to do the same within the next year. Andrew Hathaway, an associate sociology professor at the University of Guelph in Ontario, Canada describes the Canadian cannabis industry’s “transformation” from a black market to a regulate one and told The Globe Post legal cannabis now accounts for about 50 percent of cannabis sales across Canada but black market sales sees a threat to the success of the legal market.

“Much like organized criminals have been battling to protect their turf, it’s now the role of the government to protect the turf of the corporations,” Hathaway said. “ One of the positive offshoots of legalization is now it’s okay to talk about it within a public health framework as opposed to a criminal framework.”

With Andres Manuel Lopez Obrador (AMLO) as its new president, Mexico expects to follow in Canada’s footsteps very soon and perhaps even before the end of 2019. AMLO sent legislation to the Mexican Senate in late 2018 and it’s possible the issue will come up sometime after the legislature returns from recess later this month.

THE NEW “ERA” OF THE POD

CAN I BUY THE SUPERGLUE OG MARIJUANA ONLINE